The Balderstone family has been involved in professional sport since 1958. Chris Balderstone was one of the last professional dual sportsmen, playing cricket for Yorkshire and Leicestershire until he was 46 years old as well as playing 2 tests for England against the West Indies in 1976. In his football career he played for Huddersfield Town, Carlisle United, Doncaster Rovers and Queen of the South.

To date the academy has produced many professional tournament winners in South Africa and beyond, as well as launching international careers for dozens of graduates in the golf industry.

It was this model of combining elite performance coaching and education that lead to the formation of the Balderstone Sports Institute, to enable athletes in all sports to commit to demanding competitive schedules and training regimes without their education suffering.

In addition to high school and tertiary education solutions for athletes, BSI also provides performance training at our various sports academies and consultancy services to individuals, teams and federations.

To provide an environment of excellence that encourages the development of each and every student to his or her full potential, in sports performance, education, personal development and in preparation for life.

To be a hotbed of talent development. To train and produce champions. To develop leaders and positive contributors to society.

Michael is Founder and Performance Director at BSI. He is an Advanced Fellow with the PGA of South Africa.

Barry started his career as a physical education specialist and high-performance coach (cricket, hockey and rugby).

Zeca is a UEFA Pro Licensed Coach, the highest qualification available worldwide. He regularly returns to Europe for learning & interacting with leading coaches.

Zac is an experienced practitioner in sports medicine. He has worked in football with the SA National Team, Bidvest Wits, Supersport United, Mamelodi Sundowns and Moroka Swallows.

Tania, a qualified pharmacist and nutritionist is dedicated to creating an awareness of the key aspects and importance of intelligent nutrition & exercise.

Paul has been a PGA Professional since he was 17. After 7 years of tournament golf, he worked as a club professional in Central Europe for 20 years. 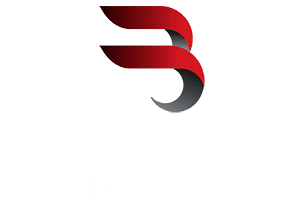