Geraldine is IAAF Level 3 Qualified to train Sprint, Long Jump, Hurdles and Sprint Relay. She previously held the position of Academy Manager and Coach at Tuks Athletics and has held multiple coaching positions at private schools in South Africa.

Geraldine will custom-make a training program designed around your current ability, goals and competitive schedule. 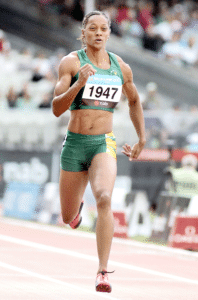 Train with highly successful endurance racing coach John E Hamlett.  John is a seasoned professional athlete, having completed more than 70 marathons and has for the past 35 years used his professional experience to coach athletes to improve their performance.

He is a qualified Gym, Aerobics, Swimming instructor and Tri-Athlon coach. He is also certified in Sports Nutrition and Fitness, providing a sound base for holistic lifestyle-based training and coaching which has become his primary focus in preparing athletes.

During the past three decades, John's athletes have earned 60 Comrades gold medals, earned several silver medals and progressed to completing personal best times in ultra-distance marathons, whilst maintaining dominance in first and second places for overall team performance in the Comrades Marathon.

Some of the achievement of athletes being coached by John include:

Icons made by Freepik from www.flaticon.com (licensed by CC 3.0 BY)

Contact us at info@bsisports.com for more information on the BSI programme of your choice or to get started with enrollment.